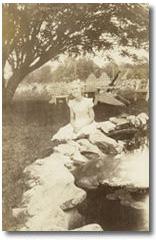 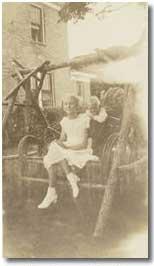 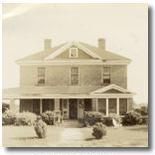 The Teacherage was constructed by Charles Strickland circa 1925 for a private residence. It was sold to the Wake County Board of Education in 1945. An addition was then constructed to accommodate housing for teachers employed at the Fuquay Springs School (located one block north of the Teacherage). It was owned by Wake County until 1968 when it was sold to a local manufacturing company and continued to be used for housing.

The Teacherage is directly tied to the history of the Fuquay Springs School and the Willard O. Council Gymnasium (both individually listed on the National Register of Historic Places and located within one block of the Teacherage).

It is one of only four structures known to have served as Teacherages in Wake County, and only one of two that were specifically constructed for the purpose of housing teachers. It is also the only property of the four Wake County teacherages constructed with Craftsman detailing.

The North Carolina Historic Preservation Office added the Teacherage to the study list at their October, 2004 NRAC meeting and was placed on the National Registry of Historic Places in December 2005. Its period of significance has been established as 1945-1954.

The Teacherage is a two-story Craftsman style building executed in red brick with a low-sloped hipped roof. The original building was constructed circa 1925. Wood windows throughout are typical, four-over-one double-hung true-divided-light.

The front (north) elevation contains a single-story porch spanning across the original portion of the building. Square brick columns resting on larger square brick piers with masonry caps support the porch's hipped roof. The front entry contains a paneled and glazed door with similar sidelights. The rooftop of the front elevation is accented by two matching gables finished in wood shingles.Type your paragraph here. 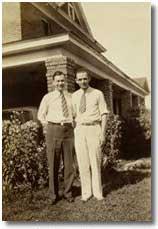